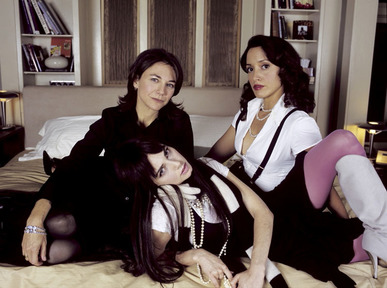 According to my schedule I would be interviewed by Sheldon Kirshner this morning. Around 9 o’clock a woman working for Penguin Publishers called me. “We cannot escort you to Mr. Kirshner, please walk around in the hotel lobby with your book under your arm so that Mr. Kirshner can find you.” In the end a Penguin representative appeared in the hotel lobby and escorted me straight to Mr. Kirshner.
The conversation with Mr. Kirshner was pleasant. After an hour Mr. Kirshner said: “My daughter is an actress and an author. She is here at the festival. Her name is Mia Kirshner."
Then he asked me to sign a copy of my book for his youngest daughter, whose novel will be published next year.