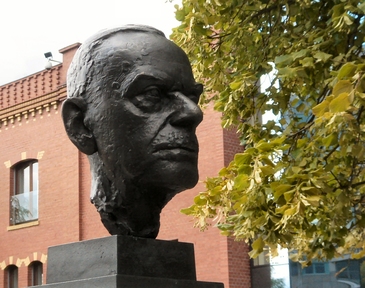 A good friend drew my attention to this article by Colm Tóibín on the Mann family.
I never realized that Thomas Mann was that open – in his diaries at least – about his (sexual) feelings for his son Klaus: “In his diaries Thomas Mann made clear his own sexual interest in Klaus: ‘Am enraptured with Eissi,’ he wrote in 1920, when Klaus was 14 (Eissi was his nickname), ‘terribly handsome in his swimming trunks. Find it quite natural that I should fall in love with my son . . . It seems I am once and for all done with women? . . . Eissi was lying tanned and shirtless on his bed, reading; I was disconcerted.’ Later that year he ‘came upon Eissi totally nude and up to some nonsense by Golo’s bed’ and was ‘deeply struck by his radiant adolescent body; overwhelming’. He used some of this same language to describe Jacob’s interest in the young Joseph in Joseph and His Brothers, and in the novella Disorder and Early Sorrow, written when Elisabeth was seven, the relationship between the bookish father and his young daughter, clearly based on Mann’s relationship with Elisabeth, is heated and fervid enough to make any reader marvel at what a wonderfully daring imagination the old magician was in possession of.”