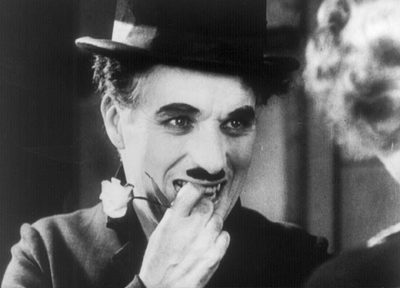 ‘A long string of confetti is mistaken for spaghetti and gets eaten. A piece of soap, taken for cheese, is placed on bread and also is consumed. A man trying to commit suicide ties one end of a rope around a heavy rock but accidentally slips the noose at the other end around the neck of a friend, and then heaves the rock into the water. “City Lights,” Charlie Chaplin’s “comedy romance in pantomime,” from 1931, is about the hapless transfer of objects in an unstable and dangerous world,’ writes David Denby in The New Yorker.
Last night I went to see “City Lights” in Film Forum. It remains a potent movie, much better than most what is currently out there.