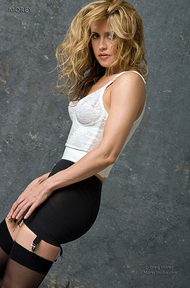 A friend sent me this article: “According to a new survey by Prince & Assoc., more than 80% of multimillionaires who had extra-marital lovers planned to cut back on their gifts and allowances. Still, only 12% of the multimillionaire cheaters said they plan to give up on their lovers altogether for financial reasons.” The writer adds: “Of course, any study of millionaires and their mistresses should be taken with a large grain of salt. The survey–a subset of a larger wealth study–polled 191 individuals with a minimum net worth of $20 million who said they had lovers of at least a year or more (this to screen out the one-night stands, etc.). About two thirds of the respondents were men and one third women. All were married and all had personal control over their finances, meaning the women and men surveyed were the primary wealth holders in their homes.”