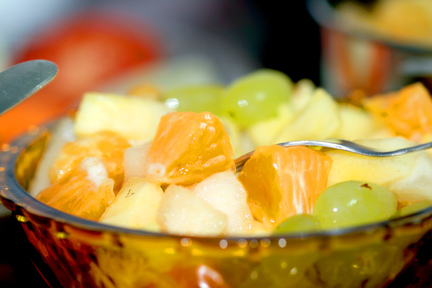 Last night I had dinner with an economist and his wife.
The economist said that he was pleased with the credit crisis. Not only does the crisis uncover what is rotten beneath the surface, but it is also possible that this crisis will cause much needed alterations in our thinking as well.
According to this economist, growth in the traditional sense is unsustainable and unhealthy.
Perhaps that’s why he and his wife refused to have dessert. But he added: “Economy is about the needs of people.” At that moment I decided to order a fruit salad.