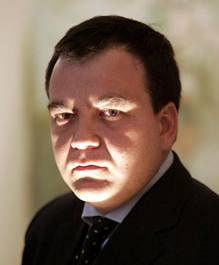 To paraphrase David Hume: I have been endeavoring to open the eyes of most people and to close the eyes of some.
The New York Times of yesterday reported about Mario Scaramella, the man who was the last one to have lunch with Alexander Litvinenko : “He has claimed to be a professor at the University of Naples, which claims never to have heard of him. He was caught on a tape bragging that Silvio Berlusconi, the former Italian prime minister, was considering him for a top job at the United Nations. He later had to admit that he had never met Mr. Berlusconi.” According to this article Mr. Scaramella has been called “a swindler” and a “mental case.” If Mr. Scaramella is a swindler, and I have little doubt he is, Mr. Scaramella is a fairly interesting swindler. I would love to share a plate of sushi with him.