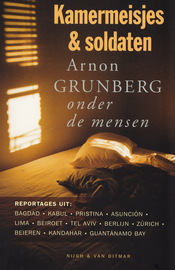 Chambermaids and Soldiers: a collection of Arnon Grunberg's journalistic reports from 2006 till 2008, that were originally published in NRC Handelsblad as the series 'Among the People', named after Maxim Gorki's famous advice for writer Isaak Babel to go 'among the people'.
Arnon Grunberg wrote articles about diverse subjects in different countries such as the Dutch soldiers in Afghanistan, the camps of Guantánamo Bay, Lori Berenson in Peru, Lebanon, Kosovo/Montenegro and the mennonites in Paraguay.
In the summer of 2007 Grunberg worked undercover as a chamberboy in a Bavarian hotel.
In May 2008 he was embedded with the U.S. Army in Iraq.
The Summer of 2008 Grunberg worked again undercover, in Swiss dining cars.
For more info about all the projects till present see Journalism. 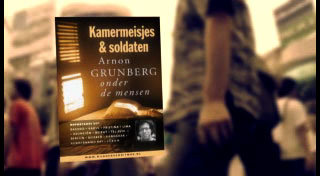 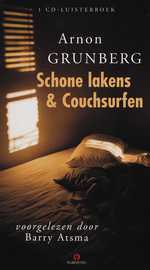 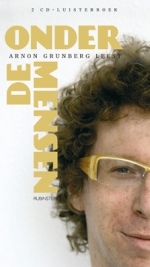 Left: two reports, Among the Soldiers and A Foreign Affair, read by Arnon Grunberg (Rubinstein, Amsterdam 2009)