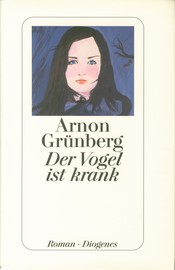 Christian Beck is a translator of instruction manuals in Göttingen, Germany. His deadly ill girlfriend, The Bird, wants to marry an asylum seeker from Algeria to get him a permit. Beck has long ago decided his own needs are not important and doesn’t make any trouble of the asylum seeker sleeping with his girlfriend in his own bed. Beck is satisfied with a stretcher under the coat rack. The events that leaded him to this philosophy take place in something what Beck calls his former life, when he and The Bird were living in Eilat, Israel. There he was a writer that had set himself the goal to unmask all of the illusions that people nourish. His preoccupations lead to a crime in the local brothel where he is a daily customer. Beck takes his responsibility, but he doesn’t have to go to jail.