Words
Novels
About
Now
back
Blue Mondays
DetailsReviewsTranslationsRead it 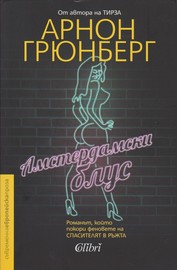