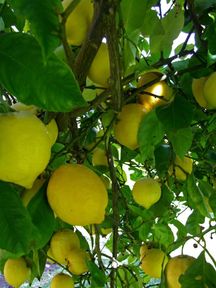 ‘“Lemon Tree,” directed by the Israeli filmmaker Eran Riklis, whose 2004 movie, “The Syrian Bride,” explored Israeli-Arab border tensions, is also a wrenching, richly layered feminist allegory as well as a geopolitical one. As such, its details are not to be taken too literally. The screenplay by Mr. Riklis and Suha Arraf, the Palestinian-Israeli woman who wrote “The Syrian Bride” with Mr. Riklis, finds a deep commonality between Salma and Mira. Victimized by patriarchal attitudes toward war and sex, both begin to break the rules,’ writes Stephen Holden in The Times.

Last night I saw “Lemon Tree” in my favorite movie theater in Manhattan.

“Lemon Tree” is by no means a perfect movie, but Eran Riklis makes a case that a powerful country being under threat can easily become oppressive and arrogant, all in the name of providing security for its citizens.