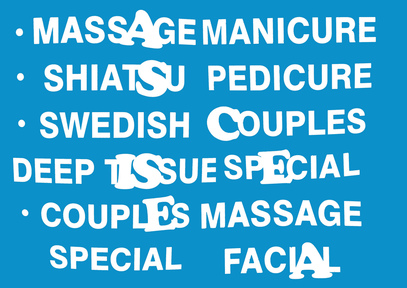 Yesterday afternoon I went to the Olive Tree Spa around the corner with my companion, who was in New York for a few days.
My more regular manicurist was unavailable, so we decided to go to the Olive Tree Spa for a manicure and a pedicure.
Four ladies were working on us; two of them were from Korea, one was from Japan and the other from Equador.
My companion had to catch a plane later that evening.
“We have to leave at 18:30,” I said.
“Yes, yes,” the boss lady said.
The ladies gave us a variety of treatments, which we could not refuse, for their English was unintelligible.
Around 18:45 I managed to escape from yet another back massage.
The bill for the treatments came to approximately 660 dollars. Which is needless to say a bit ridiculous for a manicure, a pedicure, and some massage for two people.
I was not in the mood to dispute the bill. So I paid and we left.
My mother would have taken my behavior as yet another proof of my weakness. She may be right, but I would argue that some people are out there to take advantage of you.
That’s their job. Let them do their job.
I was merely supporting the US economy, or perhaps the Korean economy. I cannot support all economies, but god knows I do my best to support as many of them as possible.