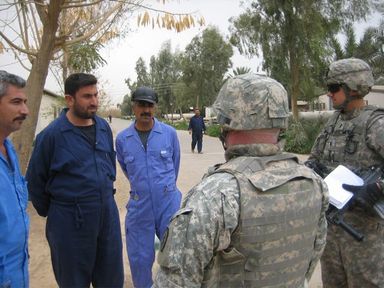 A good friend alerted me to this (old) article in The New York Observer: “There are narrow-interest memoirs, and then there are very-narrow-interest memoirs. In June, Basic Books plans to release New York Times metro reporter Alan Feuer's account of his brief career as a war correspondent, Over There: From the Bronx to Baghdad: Two Months in the Life of a Reluctant Reporter.
The two-month figure is misleading; Mr. Feuer spent less than three weeks in the war zone proper. But the proofs of his book have been something of a samizdat sensation on West 43rd Street-not because of what he saw in Baghdad, but because of what he claims to have missed. Mr. Feuer-writing in the third person-recounts in one section how he filled gaps in his handwritten notes by taking liberties with the facts: "There was a name in the pad, Haidar something, A-R-something, Aruban or Arubay, it was impossible to tell. He bore down on the notebook and tried to sort it out. Aruban or Arubay-what difference did it make? All right, Mr. Arubay, speak some words to the readers of the Times." Later in that passage, Mr. Feuer reproduces notes describing a source's age as "maybe 50 55," which becomes a definitive "50" in his news story. A story including both bits of allegedly fudged copy-"Haidar Arubay" and "Nashet Maktouf, 50"-appeared in The Times on April 14, 2003. In the book, Mr. Feuer makes much of his shortcomings as a reporter. Though his title is triple-stacked like a Times lede-all headline, Mr. Feuer plays the misfit Times person at every turn, dwelling on his discomfort with the hard work of gathering facts and his unhappiness with the paper's "cold" institutional voice. The book begins with his third-person narrator-"T.R.", for "this reporter"-receiving his assignment in New York, and follows him through the minutiae of packing, traveling and waiting. The chapter "Welcome to Iraq" is No. 19 out of 27.”

A Dutch journalist once told me that he never bothered to get the names right of the people he interviewed in war zones. For one, it might endanger their lives, he claimed. “And what does it matter for a Dutch reader?” he asked me.
I’m more meticulous in this regard. If you start blurring the line between a novel and a journalistic piece you end up as Jayson Blair.