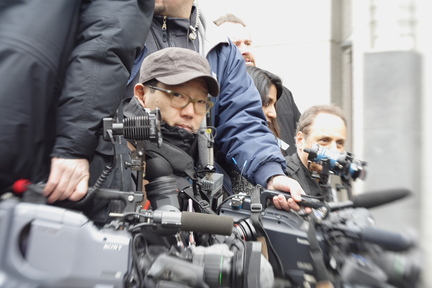 A while ago a friend said about a certain novelist that he was the most hated man in New York City.
That was before Madoff became a household name.
I find it difficult to not have sympathy for Bernard Madoff.
Zachery Kouwe writes in today’s Times about Madoff’s victims: ‘“I told the judge that when Bernard Madoff leaves prison, which means after his death, that he will then go down to the depths of hell where he’ll join those other people who are in the mouths of Satan,” Burt Ross, the former mayor of Fort Lee, N.J., who lost $5 million with Mr. Madoff, told the crowded press corps outside the courthouse.’

What was Burt Ross thinking while investing $5 million with Madoff? For a while Madoff gave Burt Ross the illusion that there are shortcuts to prosperity. In my modest opinion this illusion alone is worth $5 million -- even when the illusion doesn’t last longer than let’s say three years.