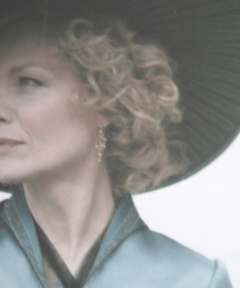 Last night I saw Stephen Frears’ movie “Chéri”, based on two novels by Colette. The movie tells the story of the love affair between an older woman, Léa, and a much younger man, nicknamed Chéri.
Complicating factor is that Léa is a courtesan, and Chéri is the son of one of Léa’s colleagues. Michelle Pfeiffer turns Léa into a cold-blooded woman, but I guess you have to be cold-blooded in order to survive as a courtesan. And as soon as the jealousy takes over the cold-bloodedness is gone.
According to the Times critic Manohla Dargis both Mr. Frears and Léa “are each in the business of seduction.” This may be true, but who isn’t in the business of seduction?

As Gov. Mark Sanford said to AP about his affair with his Argentine mistress: "This was a whole lot more than a simple affair, this was a love story. A forbidden one, a tragic one, but a love story at the end of the day."
And also: "Sanford said Chapur is his soul mate but he's trying to fall back in love with his wife.”

Both “Chéri” and Sanford prove that only unfulfilled love can be eternal.
And that some are better in the business than others.