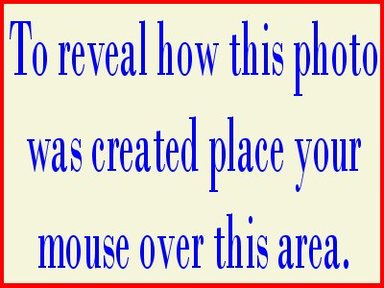 More on Freud – a friend alerted me to this article by John Gray:

“It is a paradoxical position, as the development of Freud’s thought illustrates. If science is a system of human constructions, useful for practical purposes but not a literal account of reality, what makes it superior to other modes of thinking? If science is also a sort of mythology—as Freud suggested in his correspondence with Einstein—what becomes of the Enlightenment project of dispelling myth through scientific inquiry? These were questions that Freud faced, and in some measure resolved, in the account of religion he developed towards the end of his life. In The Future of an Illusion (1927), he had interpreted religion largely in the standard Enlightenment fashion that has been revived in recent years, and is now so wearisomely familiar: religion was an error born of ignorance, which was bound to retreat as knowledge advanced. Never placing too much trust in reason, Freud did not expect religion to vanish; but at this point he seemed convinced that the diminishing role of religion in human life would be an altogether good thing.
The account of religion he presented ten years later in Moses and Monotheism (1937) was more complex. In the earlier book he had recognised that, answering to enduring human needs—particularly the need for consolation—religious beliefs were not scientific theories; but neither were they necessarily false. While religions might be illusions, illusions were not just errors—they could contain truth. In Moses and Monotheism, Freud went further, arguing that religion had played an essential role in the development of human inquiry. The Jewish belief in an unseen God was not a relic of ignorance without any positive value. By affirming a hidden reality, the idea of an invisible deity had encouraged inquiry into what lay behind the world that is disclosed to the senses. More, the belief in an unseen god had allowed a new kind of self-examination to develop—one that aimed to explore the inner world by looking beneath the surface of conscious awareness. Freud’s attempt to gain insight into the invisible workings of the mind may have been an extension of scientific method into new areas; but this advance was possible, Freud came to think, only because religion had prepared the ground. Without ever surrendering his uncompromising atheism, Freud acknowledged that psychoanalysis owed its existence to faith.

In accepting that illusion could be productive, Freud was retracing the steps of Schopenhauer’s errant disciple Nietzsche. At the same time Freud was making a decisive break with a dominant strand of Enlightenment thinking. According to Alasdair MacIntyre, who developed the idea in his book After Virtue (1981), Nietzsche brought the Enlightenment to a close by showing that the project of a morality that rested solely on human will was self-defeating. MacIntyre’s argument has the merit of recognising that Nietzsche was an Enlightenment thinker—rather than the crazed irrationalist of vulgar intellectual history—as well as one of the Enlightenment’s more formidable critics. It was Freud, however, who made the more radical break with Enlightenment thinking. Even if he confines its scope to the absurd figure of the Übermensch, Nietzsche remains a militant partisan of human autonomy. Freud, by contrast despite almost everything that has been written about him—aimed as much to mark the limits of human autonomy as to extend it. His words of advice to a patient indicate how much his thinking diverged from the view of open-ended human possibilities that is asserted adamantly today: “I do not doubt that it would be easier for fate to take away your suffering than it would be for me. But you will see for yourself how much has been gained if we succeed in turning your hysterical misery into common unhappiness. Having restored your inner life, you will be better able to arm yourself against that unhappiness.”

Please, read the whole article. But there are in this excerpt already a few important lessons that are still contested.

Illusions can be both productive and counterproductive. My advice: illusions are like wine. Two glasses of wine a day, two illusions a day. Perhaps on a Saturday evening you can allow yourself three illusions. But don’t make it a habit.

It’s a form of hubris to believe that we are the undisputed masters of our lives: there is such a thing as fate, we are as much at a loss to influence fate as the old Greeks were.