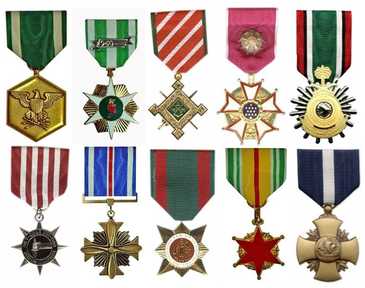 A friend alerted me to this article by William Bennett Turner in the Times:

‘Xavier Alvarez is a liar. Even the brief filed on his behalf in the United States Supreme Court says as much: “Xavier Alvarez lied.” It informs us that he has told tall tales about playing hockey for the Detroit Red Wings, being married to a Mexican starlet and rescuing the American ambassador during the Iranian hostage crisis. But as the brief reminds us, “none of those lies were crimes.” Another of his falsehoods, however, did violate the law. In 2007, while introducing himself at a meeting of a California water board, he said that he was a retired Marine who had been awarded the Medal of Honor (both lies). He was quickly exposed as a phony and pilloried in the community and press as an “idiot” and the “ultimate slime.” But his censure did not end there. The federal government prosecuted him under the Stolen Valor Act, which prohibits falsely claiming to have been awarded a military medal, with an enhanced penalty (up to a year in prison) for claiming to have received the Medal of Honor. Mr. Alvarez was convicted but appealed to the United States Court of Appeals for the Ninth Circuit, which held that the act violated the First Amendment.
The government has taken the case to the Supreme Court, which is scheduled to hear arguments this week. The question before the court is not whether there is a constitutional “right” to lie. Rather, it’s a question about the scope of the government’s power over individuals — whether the government can criminalize saying untrue things about oneself even if there is no harm to any identifiable person, no intent to cheat anyone or gain unfair advantage, no receipt of anything of value and no interference with the administration of justice or any other compelling government interest.’

The right to lie should be a basic human right.