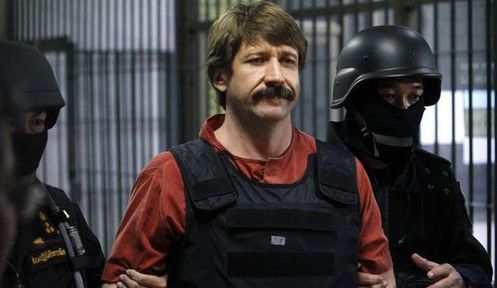 In The New Yorker of March 5 Nicholas Schmidle profiles the arm trafficker Viktor Bout: “Officials in Washington began to see Bout as the quintessential figure of transnational crime. He was distinguished not by cruelty or ruthlessness but by cunning amorality. “If he wasn’t doing arms and all the vile stuff, he would be a damn good businessman,” Andreas Morgner, a sanctions expert at the Treasury Department, said.
Bout’s trade gave him an outsized role in matters of war and peace. He neither shied from the pressure nor took sides. He flew Belgian peacekeepers into Somalia, and after the 1994 genocide in Rwanda, he says, he brought French troops into eastern Congo. Not long after, with the help of Mirchev and others, he was transporting arms from Russia, Bulgaria, and Iran into conflict zones.”

‘Plausible deniability is a tenet of faith in the arms business. “My obligation is to put stuff inside the plane,” Mirchev told me. “From there, I don’t give a shit where the plane will go.” Similarly, Bout told me, “My job was to bring shipments from Bulgaria to Zaire, and then to Togo. . . . I did it. I understood my limits.” He added, “How, after that, someone else wants to squeeze it? That’s not my business.” In this view, he and Mirchev were not doing anything wrong; they were simply filling gaps in the global economy.’

Plausible deniability is a tenet of faith not only in the arms business I’m afraid.