The King of Poland 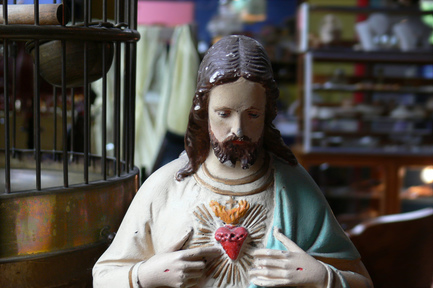 Adam Michnik (the editor in chief of the Polish daily Gazeta Wyborcza and author of "Letters From Freedom," is a visiting professor at Princeton) today in the International Herald Tribune: “Rather than seize on its EU membership to catapult the country forward, Poland's coalition government finds itself looking, and moving, backward. In a speech in the European Parliament, a politician from one of the coalition parties praised the dictatorships of Antonio Salazar of Portugal and Francisco Franco of Spain; he also published an openly anti-Semitic booklet. During a dry summer, a group of coalition legislators called upon the Parliament to pray for rain. A similar group proposed that the Parliament vote to declare Jesus Christ the King of Poland. Polish bishops sternly criticized this peculiar act of devotion.”

This is why I like Poland so much, and by the way the difference between Poland and the Netherlands (just to name a country) is getting smaller and smaller. Maybe this is what is meant with integration.