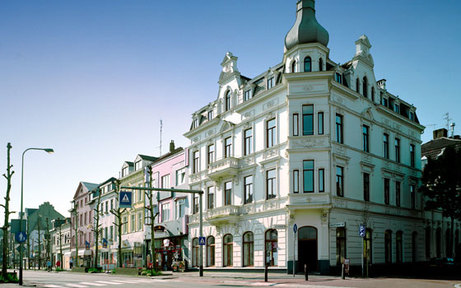 A while ago I wrote in a Dutch newspaper that the prime minister of The Netherlands (Mr. Rutte) was not much more, or less, than the mayor of Vaals, a small municipality in the southern part of the Netherlands, not far from the Belgian and German border. Actually, Vaals borders directly on the German city of Aachen.
Some people in Vaals were offended by my remarks. They invited me to come to Vaals to see with my own eyes that their community is better than the prime minister of the Netherlands – their mayor doesn’t deserve to be compared with the prime minister. At least that was my interpretation of the invitation.
And how could I not accept such an invitation? Finally, I made it to Vaals.
This afternoon I was in the company of the mayor of Vaals and a lady, born and raised in Vaals, who gave me all the dirty and less dirty details about the town.
Before World War I Vaals was sin city: lots of casinos and brothels.