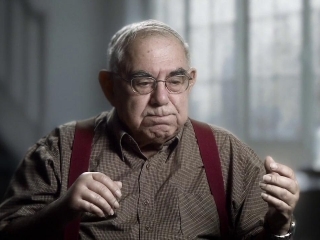 Last night, I went with to see the documentary “The Gate Keepers” with a friend, it was the second time I saw this movie. The first time I saw "the Gate Keepers", about a week ago, I was quite critical. These former heads of the Shin Beth sounded sometimes a bit too glib to my taste. I thought, it’s easy to become a leftist after you are not responsible for the secret service anymore.
(See also this entry.)
But my judgment was too harsh. It’s remarkable for six former heads of a secret service to be that critical of their own country and of the methods of the secret service they were a part of.
The terrorists and the agents fighting terrorists, they need each other as the master needs his servants. That's what this documentary proves beyond doubt.
The terrorists provide a moral justification for the immoral deeds of the state and vice versa.