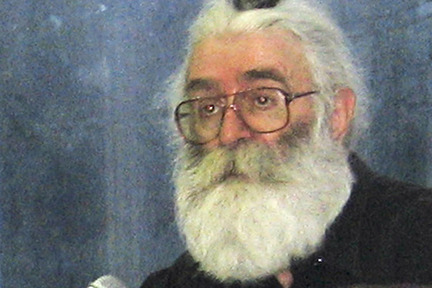 A brilliant article by Nicholas Kulish in today’s Times:

‘Just in time for Richard Wagner’s bicentennial this month, a controversy has erupted over a new production of the opera “Tannhäuser” in Düsseldorf because of violent depictions of a Nazi concentration camp in its staging.
A cascade of boos during Saturday’s opening night performance turned into a flood of complaints about scenes of shootings and gassings. The management of Düsseldorf’s Deutsche Oper am Rhein, which is putting on the new production, quickly decided that it was better heard than seen, announcing that it would now be performed as a concert, with singing and music but little in the way of staging or costumes.
“We are reacting with the utmost concern to the fact that a few scenes, particularly a very realistic depiction of a shooting scene, obviously led to great stress for numerous visitors,” the opera company said Wednesday in a statement on its Web site. “After considering all the arguments, we have come to the conclusion that we cannot justify such an extreme effect of our artistic work.”’

‘It is not uncommon for stage productions in Germany to incorporate totalitarian themes as the country continues to examine its troubled 20th-century past. According to news media reports, the opera showed the title character dressed as a concentration camp guard shooting Jewish prisoners. The opera’s statement said distraught audience members even sought medical attention after watching the depictions of executions.’

Of course, extreme effects of artistic work should be avoided at all costs. Art, after all, should never interfere with our wellbeing.

This article does not only reveal the hypocrisy of Düsseldorf’s Deutsche Oper am Rhein but points to a more general malaise.

Depictions of violence in the theater (and in movies and books) are often applauded, as long as they don’t prevent the audience from drinking a glass of prosecco during the break.

Critical theater is theater that forces the audience to down a second glass of prosecco.

But the bourgeoisie in Düsseldorf wanted to enjoy their Wagner without any Jews on stage. Fair enough.

The fact that the management of the theater gives in to the wishes of the audience is one thing. But to label depictions of genocide as an “extreme effect of our artistic work” is beyond irony.

Since many dictators consider their work a “Gesamtkunstwerk” we could argue that genocide is indeed an “extreme effect of our artistic work”.

It’s something that Karadžić could have said: “Nevertheless, I wish to apologize for the extreme effect of my artistic work.”