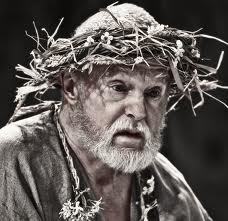 An article in Wednesday’s Times about the successor of Bin Laden – Mark Mazzetti and Eric Schmitt write: ‘“He’s not a very popular guy, and he’s got the personality of an early Leninist — always droning on and lapsing into polemics,” Mr. Benjamin said.’

Mr. Zawahri, Bin Laden’s successor, has the personality of an early Leninist, this doesn’t come as a surprise to me.
Terrorist organizations should evolve into debating clubs and/or amateur theatre clubs.

The prisoners in Gitmo – as far as I’m concerned a disgrace – should be allowed for example to perform plays for the US military and fellow prisoners. Imagine that the Gitmo detainees are going to perform King Lear or Danton’s Death.
They could travel around the world from festival to festival, they could even perform in their native language, it doesn't matter. It could be a huge success.

In secular societies art is the last resource for those who seek redemption.
So we can say: “Yes, he has blood on his hands, but he is great as King Lear isn’t he?”