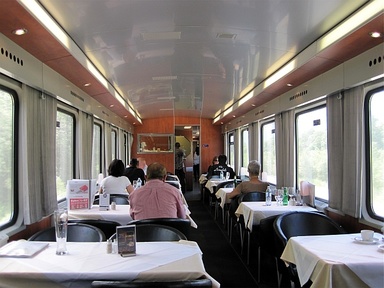 The train from Klagenfurt to Frankfurt via Munich and Darmstadt was an hour delayed. Apparently, partygoers had been on the tracks near station Munich East. Ah well, the Oktoberfest started.
In the dining car of the train some elderly people were drinking beer. The ladies wore dirndl skirts and one of the ladies was maniacally putting eye-drops in her eyes. I believe they came from Brazil, but I wasn’t completely sure. One of the men was munching on chips. I had the feeling that they had no idea what they were doing in Germany; they appeared to be completely lost. If you are lost (and rather drunk) you may need an excuse and the Oktoberfest is a pretty good excuse.