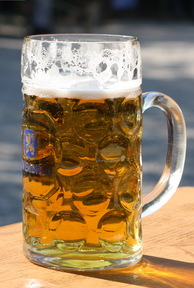 The philosopher Eric Schliesser about democracy and its threats:

“Plato's most important observation in political philosophy is that no constitutional system lasts forever. As Michael Lynch discerns in the important piece that I quote above (it's the concluding paragraph), there are dynamics internal to the democratic process that may lead to its own unraveling. Lynch mentions three distinct ones: (i) if "legislative gridlock" becomes "a fixture of American political life, it will be more tempting, more reasonable, to think that someone should “step in” to make the decisions. The chorus calling for action — for the president, for example, to go around the Congress — will only increase." (ii) When politics stops being perceived to be about (Madisonian) give-and-take, then the sense of shared identity will unravel. (iii) A permanent albeit powerful minority systematically makes normal state functioning impossible--the so-called regular "shut-down strategy." [In (iii) I blend Lynch and Schliesser.]”

“Neither Lynch nor Pilon mention the other dynamics that are leading us toward undemocratic outcomes. I mention three others: (v) A whole class of highly educated people that simultaneously embrace just-dessert theory, while claiming to have genetic and motivational superiority, rely on the state to secure their rewards (financial bail-outs, property/patent rights, consulting contracts, etc.) This class pines for expert rule. They are joined by the science-loving educated aghast at the tepid response to global warming due to the corruption of our national institutions by campaign dollars from polluting industries.
(vi) Armies, too, prefer rule by experts rather than messy democracy. All over the world, conscription armies have been replaced by professional armies. That is a recipe for disaster: reflect on the career of Eric Shinseki, who once represented the professionalism and inclusiveness of the US Army. As Army Chief of Staff, he was publicly humiliated by then Defense secretary Rumsfeld. Fast forward, he now serves in the Obama administration. This sequence is terrible. It creates incentives for high ranking military to become associated with particular political factions. “

I sympathize with most of what Schliesser is saying but I’m not convinced that his repulsion for rule by experts is legitimate. Undemocratic outcomes can be perfectly sensible, democratic outcomes can be disastrous. Most of the political parties in Europe that vent their anger against Brussels (i.e. the EU) because Brussels is supposedly undemocratic are openly racist, sometimes anti-Semitic and they tend to play dangerously with nationalism. I prefer a still more or less decent Brussels that may be not so democratic to a perfectly democratic political party that is counting on xenophobia to win an election.

Many important foreign policy decision in the U.S. were made without the consent of Congress, think of (much of) the Vietnam War or covert CIA operations in Iran or Chile. History taught us that very often a strong man or a couple of strong men stepped in to make the decisions, also in a democracy like the U.S. It’s not desirable but it is nothing new and it’s a fact that the electorate has a tendency to prefer a strong man to a messy democracy; this tendency is more widespread in Europe than in the U.S. where there is a bigger and more respected tradition of distrusting the government (and therefore the strong man) than in Europe.

I’m curious to hear why Schliesser believes that conscript armies are less dangerous than professional armies. His reference to Shinseke is not convincing enough. The Wehrmacht was a conscript army, so was the U.S. army during the Vietnam War. The U.S. fought the Iraq War with a professional army, was that war more disastrous than the one in Vietnam? Israel has a conscript army although orthodox women don’t go into the army (because they believe that the army is a brothel) and orthodox men are also exempted from conscription, they believe that studying the Torah is the best defense of heart and soul. I’m not sure if a professional Israeli army would be less moral or more immoral than the conscript army we have now.
Also the distinction between conscript and professional army is not always that strict. In Germany for example most of the officers sign up for a certain amount of years and then they leave the army, seldom do they see the army as a career opportunity for lifetime.
There’s not enough evidence that a professional army is more a state within a state than a conscript army. There are arguments for a conscript army, but these arguments have more to do with society building. In a perfect world youngsters from different social backgrounds share an experience in the conscript army, but we know that the sons of the elite managed to get out of the army or to serve in privileged units; there are exceptions, but not many. (I was drafted when I was 18, but I was declared unfit to serve.)

A remark about inequality: too much inequality is dangerous for societies but when too much inequality is too much almost nobody is willing to say – and the point about inequality is nearly always made by members of the elite, the lower middle class (the uneducated people) may be equally upset about bankers as about let’s say foreigners, liberals or homosexuals but the concept of inequality doesn’t make them really angry, quite the opposite it’s forced equality that raises their blood pressure – and let’s not forget that Switzerland is a land with various forms of gated communities but nevertheless Switzerland still has a more or less functioning democracy.
The recent success of the national Belgium soccer team appears to have rebuilt a feeling of national identity in Belgium. War and games unite people. Elaborate ideas about citizenship will appeal to highly educated people, but if Schliesser is defending the uneducated, the laymen, those who feel neglected by the media and many politicians, he should realize that the concept of citizenship among the people he is talking about is more basic and perhaps brutal than he is willing to accept.
During the Oktoberfest in Munich I observed that it’s not that difficult to turn individuals into citizens: just give them enough beer. And the Oktoberfest does bring people from various backgrounds together, or perhaps I should say: beer brings people from various backgrounds together.
To save democracy we need more self-medication and substance abuse, but don’t drink alone, drink together.