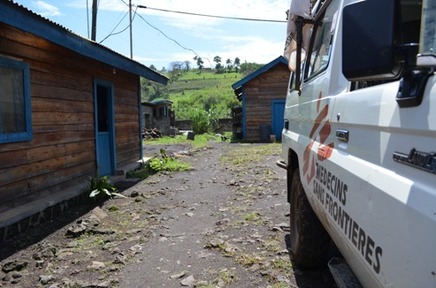 One of the more intriguing characters here is José, a Spanish doctor with the skills of a surgeon, at least that’s how he described himself. He got trained in Africa how to perform surgery.
He has done more than 20 missions with MSF, but he doesn’t want to stop. He gets bored in Spain.
Tonight he told us that some elderly guys who have done too many missions with MSF go crazy, but he himself is still sane.
He opens up patients on a daily basis, sometimes six in one day.
After having been here four days, in the company of people who deserve the word “gem” I cannot help asking myself: who is helping whom exactly?

(This blog post was read by MSF and one change was made.)