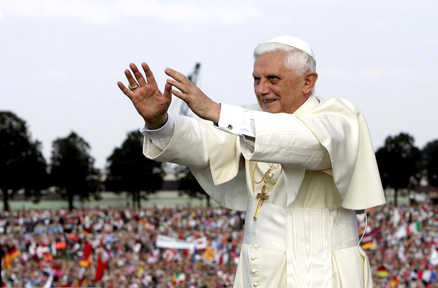 Some surprising news from Paul Krugman, probably also surprising for many French people:

“I’ll be spending the next couple of days at a forum sponsored by the European Central Bank whose de facto topic — whatever it may say on the program — will be the destructive monetary muddle caused by the Continent’s premature adoption of a single currency. What makes the story even sadder is that Europe’s financial and macroeconomic woes have overshadowed its remarkable, unheralded longer-term success in an area in which it used to lag: job creation.
What? You haven’t heard about that? Well, that’s not too surprising. European economies, France in particular, get very bad press in America. Our political discourse is dominated by reverse Robin-Hoodism — the belief that economic success depends on being nice to the rich, who won’t create jobs if they are heavily taxed, and nasty to ordinary workers, who won’t accept jobs unless they have no alternative. And according to this ideology, Europe — with its high taxes and generous welfare states — does everything wrong. So Europe’s economic system must be collapsing, and a lot of reporting simply states the postulated collapse as a fact.
The reality, however, is very different. Yes, Southern Europe is experiencing an economic crisis thanks to that money muddle. But Northern European nations, France included, have done far better than most Americans realize. In particular, here’s a startling, little-known fact: French adults in their prime working years (25 to 54) are substantially more likely to have jobs than their U.S. counterparts.”

The more ironic thing is that Mr. Krugman is invited by the European Central Bank (or at least by a forum sponsored by the ECB) to come to Portugal, he will be wined and dined by the ECB, probably he is getting paid for his presence as well, and his present to his guests is that he tells the ECB and the Europeans that we should blame the “premature adoption of a single currency” for our woes.

It’s time for the pope to declare that the premature death of Jesus Christ is the cause of the crisis in the Catholic Church.

Or perhaps we should conclude: God created us prematurely. He should have waited for a better model.