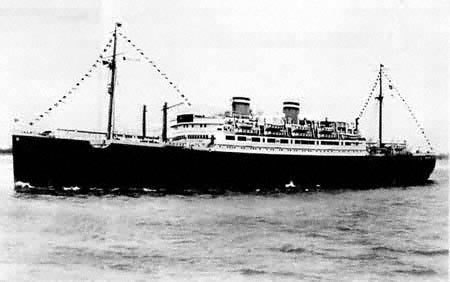 A letter by Rafael Medoff in the last issue of the New York Review of Books:

"In 1938, the governor and legislative assembly of the US Virgin Islands offered to open their territory to Jewish refugees. When the refugee ship St. Louis approached America’s shore the following spring, Treasury Secretary Henry Morgenthau Jr. proposed permitting the passengers to stay in the Virgin Islands temporarily on tourist visas. Interior Secretary Harold Ickes also urged using the islands as a haven. But FDR personally blocked the proposals for a Virgin Islands haven. The administration claimed that Nazi spies might sneak in, disguised as refugees (even though no such spies had ever been discovered among Jewish refugees)."

My mother was with her parents and niece and aunt on the St. Louis. A funny thought that I could have ended up on the Virgin Islands. Well, had Cuba not revoked the visas of the passengers of the St. Louis I could have been a Cuban.
But then again, in that case my mother probably would not have met my father. Ah, these unlived lives.