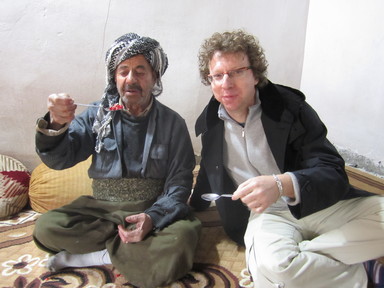 Marina Ottaway and David Ottaway in Foreign Affairs on new borders in the Middle East:

‘The surge of ethnic and sectarian strife in Syria and across the Middle East has led a number of analysts to predict the coming breakup of many Arab states. This potential upending of the region’s territorial order has come to be known as “the end of Sykes-Picot,” a reference to the secret 1916 Anglo-French agreement to divide up the Middle Eastern provinces of the Ottoman Empire into British and French zones of control. Because the European treaties that created new Arab states in the aftermath of World War I upheld the outlines of that agreement, Sykes-Picot became the convenient shorthand for the map that colonial powers imposed on the region, one that has remained essentially constant to the present day.
With bloodshed from Aleppo to Baghdad to Beirut, it is indeed tempting to predict the violent demise of Sykes-Picot. But although the worst fighting is spilling over borders and pushing some countries, such as Syria, toward fragmentation, there is another force crossing national lines and even realigning national relationships: trade. New transnational zones of economic cooperation are making Middle Eastern borders more porous, but in a way that does not directly challenge existing states. Instead, mutual economic interests, especially in the oil and gas industries, may signal a softer end to Sykes-Picot.’

Given the recent developments I’m not completely convinced about the softer end to Sykes-Picot, but nevertheless this article is worth reading.