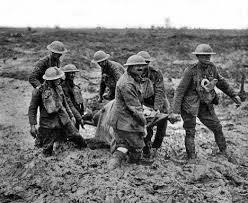 The German newspaper Süddeutsche Zeitung reported that 70% of the Russians believe that the USA started World War I.
The amount of disinformation is widespread in other regions as well, the Middle East for example, but still this is mildly shocking. (I know it’s an illusion to think that there is no disinformation in the US or Western Europe.)
Perhaps we must conclude that for the majority of the people there are no facts, there is no critical research, there are just various degrees of conspiracy theories.
The conspiracy theory often precedes the armed conflict.
But the Manichean world view is undoubtedly a source of comfort.