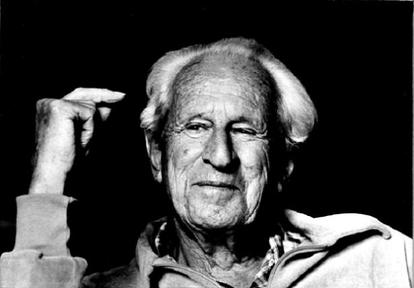 This piece by George Friedman (Stratfor) is worth reading, even though I believe he’s too pessimistic and not always right. (Today, Thomas Friedman referred to this piece as well.)

'This dilemma is compounded by Europe's hidden secret: The Europeans do not see Muslims from North Africa or Turkey as Europeans, nor do they intend to allow them to be Europeans. The European solution to their isolation is the concept of multiculturalism — on the surface a most liberal notion, and in practice, a movement for both cultural fragmentation and ghettoization. But behind this there is another problem, and it is also geopolitical. I say in Flashpoints that: Multiculturalism and the entire immigrant enterprise faced another challenge. Europe was crowded. Unlike the United States, it didn't have the room to incorporate millions of immigrants — certainly not on a permanent basis. Even with population numbers slowly declining, the increase in population, particularly in the more populous countries, was difficult to manage. The doctrine of multiculturalism naturally encouraged a degree of separatism. Culture implies a desire to live with your own people. Given the economic status of immigrants the world over, the inevitable exclusion that is perhaps unintentionally incorporated in multiculturalism and the desire of like to live with like, the Muslims found themselves living in extraordinarily crowded and squalid conditions. All around Paris there are high-rise apartment buildings housing and separating Muslims from the French, who live elsewhere.
These killings have nothing to do with poverty, of course. Newly arrived immigrants are always poor. That's why they immigrate. And until they learn the language and customs of their new homes, they are always ghettoized and alien. It is the next generation that flows into the dominant culture. But the dirty secret of multiculturalism was that its consequence was to perpetuate Muslim isolation. And it was not the intention of Muslims to become Europeans, even if they could. They came to make money, not become French. The shallowness of the European postwar values system thereby becomes the horror show that occurred in Paris last week.'

'Europe's sense of nation is rooted in shared history, language, ethnicity and yes, in Christianity or its heir, secularism. Europe has no concept of the nation except for these things, and Muslims share in none of them. It is difficult to imagine another outcome save for another round of ghettoization and deportation. This is repulsive to the European sensibility now, but certainly not alien to European history. Unable to distinguish radical Muslims from other Muslims, Europe will increasingly and unintentionally move in this direction.
Paradoxically, this will be exactly what the radical Muslims want because it will strengthen their position in the Islamic world in general, and North Africa and Turkey in particular. But the alternative to not strengthening the radical Islamists is living with the threat of death if they are offended. And that is not going to be endured in Europe.
Perhaps a magic device will be found that will enable us to read the minds of people to determine what their ideology actually is. But given the offense many in the West have taken to governments reading emails, I doubt that they would allow this, particularly a few months from now when the murders and murderers are forgotten, and Europeans will convince themselves that the security apparatus is simply trying to oppress everyone. And of course, never minimize the oppressive potential of security forces.
The United States is different in this sense. It is an artificial regime, not a natural one. It was invented by our founders on certain principles and is open to anyone who embraces those principles. Europe's nationalism is romantic, naturalistic. It depends on bonds that stretch back through time and cannot be easily broken. But the idea of shared principles other than their own is offensive to the religious everywhere, and at this moment in history, this aversion is most commonly present among Muslims. This is a truth that must be faced.
The Mediterranean borderland was a place of conflict well before Christianity and Islam existed. It will remain a place of conflict even if both lose their vigorous love of their own beliefs. It is an illusion to believe that conflicts rooted in geography can be abolished. It is also a mistake to be so philosophical as to disengage from the human fear of being killed at your desk for your ideas. We are entering a place that has no solutions. Such a place does have decisions, and all of the choices will be bad. What has to be done will be done, and those who refused to make choices will see themselves as more moral than those who did. There is a war, and like all wars, this one is very different from the last in the way it is prosecuted. But it is war nonetheless, and denying that is denying the obvious.'

I do not believe that’s obvious that this is a war, and the chanches of getting killed for your ideas in Western Europe are still rather tiny.

But Friedman is right, multiculturalism has many dirty secrets, and the prevention of assimilation (another way of describing multiculturalism) will certainly lead to ghettoization.

As they told me last year in Bavaria: “Nobody needs to be in the minority, because everybody can join the majority.” This is a clear strategy against ghettoization. Not a perfect one, but a realistic one.

I’m not willing to give up on Europe as Friedman does. Yes, the US has many advantages compared to Europe, “Blut und Boden” is alien to the concept of America. This is one of the reasons why I call America “The Promised Land,” which never fails to upset my liberal friends who always respond with a huge list of American crimes and injustices.
My answer: “Yes, you are right, better promised lands are imaginable but they are not available.” And to George Friedman: “The US is a promised land but it’s not the only one – Germany has become a promised land as well. And if you believe that Europe can go down a third time within less than 150 years without thoroughly affecting the US you are dreaming.”

So no war, voluntary assimilation, Angela Merkel, Dadaism, Groucho Marxism, consumerism, soccer, lots of soccer, anti-depressants, repressive tolerance (Marcuse), tourism, and yes, a shallow unromantic value system, these are our best hopes for the moment, our not so magic devices.