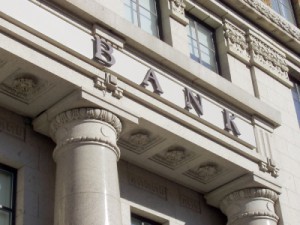 “The truth, however, is that the great bulk of the money lent to Greece has been used simply to pay interest and principal on debt. In fact, for the past two years, more than all of the money going to Greece has been recycled in this way: the Greek government is taking in more revenue than it spends on things other than interest, and handing the extra funds over to its creditors.
Or to oversimplify things a bit, you can think of European policy as involving a bailout, not of Greece, but of creditor-country banks, with the Greek government simply acting as the middleman — and with the Greek public, which has seen a catastrophic fall in living standards, required to make further sacrifices so that it, too, can contribute funds to that bailout.”

Solidarity with banks? It is definitely something that can be called idealism, but also this solidarity has its limits.