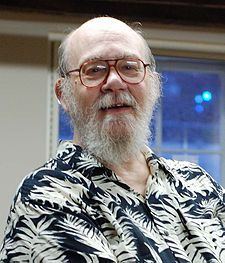 On games and literature – a good friend, well a good friend who happens to be my bookkeeper (yes, I know I’m lucky) pointed out this article by Dan Piepenbring to me:

‘Tom Disch, who would’ve been seventy-four today, is best known for his science fiction and his poems, some of which were first published in The Paris Review. But he also wrote, in 1986, a text-based video game called Thomas M. Disch’s Amnesia, which has become a kind of curio in the years since its publication—an emblem of a brief time when gaming and experimental fiction shared similar agendas, and when “interactive novels” seemed as if they might emerge as a popular art form.
Amnesia begins the only way such a project could: in a state of total confusion. “You wake up feeling wonderful,” Disch writes, But also, in some indefinable way, strange. Slowly, as you lie there on the cool bedspread, it dawns on you that you have absolutely no idea where you are. A hotel room, by the look of it. But with the curtains drawn, you don’t know in what city, or even what country.

From there, it’s up to you (“you”) to input the commands that will lead your character to safety, or at least to comparative epistemological certainty. The text is full of humor and horror. You will die (just like in real life), and you’ll discover aspects of your character that raise more questions than they answer (ditto). Disch referred to the game as his “U-Dun-It”; Tobias Carroll, who revisited Amnesia for Hazlitt in 2013, wrote that the game “blends a Hitchcockian wrong-man scenario with the setting of a paranoid thriller from the mid-’70s, spiking it all with a somewhat satirical take on New York City in the mid-1980s.”’

From there’s its up to you.

The big attraction of literature, of storytelling in general, is that the reader, listener, consumer is not able to make choices. The story (or the narrative mode for that matter) functions as fate; the only way to escape fate (the narrative) is to close the book, to stop reading. In this sense story telling is an exercise in detachment.
This doesn’t necessarily lead to the conclusion that the interactive story, the game, forces the reader (or the player) to engage. It may force him to win, but the lust for winning is not always the same as engagement.