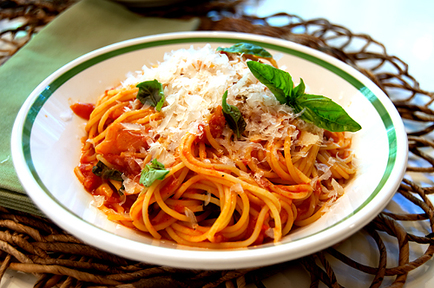 Sunday night, around 10:30 p.m. Sant Ambroeus – a middle-aged lady with sunglasses on and something that resembled a ski jacket was one of the few guests in the restaurant. She said to the waiter: “My husband will be here in a few minutes. I’d like to order already. We both would like to have the spaghetti with tomato sauce and basil and I like to ask you a question: is the white wine as expensive as the prosecco?”
The waiter hesitated, then he said: “Yes. Do you prefer prosecco or wine?”
The lady said: “Prosecco. If it’s the same price.”
She got her prosecco.
After fifteen minutes the lady said: “My husband will be here any minute now. Could you get me some ice water, he is going to be thirsty.”
Another ten minutes. I was almost sure that the husband didn’t exist, but then he came in, he was wearing a cap. He was in his sixties, but he had a boyish quality, he appeared to be naughty.
He ate some of his spaghetti. After two bites he said to the waiter: “Give me the check. The spaghetti is as good as always, but I really need the check. And I need a spoon. The check and a spoon, that’s what I need.”
He paid and he left. His wife stayed. She said: “I’m going to finish my plate of spaghetti while my husband is going to get the car. We came from Florida and we had an awful flight. We had to make an emergency landing in North Caroline, because there was something wrong with the plane. I’m glad we landed. But what a day.” The waiter nodded.
Then she left the restaurant also.