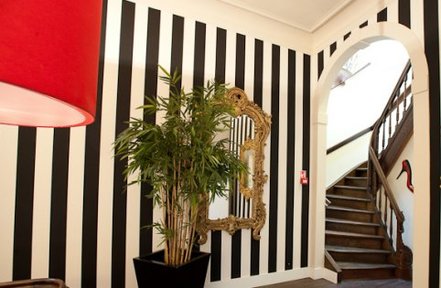 Hotel Onderbergen in Ghent doesn't have a front desk, or to be more precise, the front desk appears to be permanently closed, but there was a charming young man who was willing to carry my suitcase to the third floor.
There I said: "I need to go to restaurant Osteria Delicati, could you give me directions?"
"No," he said. "I'm from Rotterdam."
Then he looked at my girlfriend and he said: "You don't need to wear a jacket. Its too warm for that."
"One last question," I said. "Where do you serve breakfast?"
He sighed. "That's almost impossible to explain."
"If I follow you downstairs you could show it to me."
I followed him downstairs to something that could be called a courtyard or an alley.
He said: "It's behind that car."