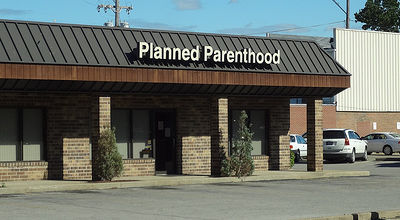 This morning I met some Christian anti-abortion activists in Tempe in front of the local office of Planned Parenthood.
I asked one of the activists: "Religious Jews and Muslims don't appreciate abortion either. Do they sometimes come here to save baby's as well?"
"No," the activist said, "there are only Christians here."
The sun was burning, but the fight against abortion was more important than a sunburn and to be fair, the activists carried sunblock in their bags and they were willing to share their sunblock with me.
One of the activists tried to save my soul. But I believe that my soul is already saved. Italian food saved my soul, among other things.