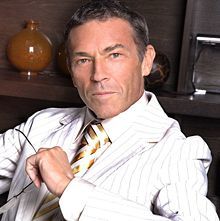 And now Austria, read this excellent article by Ullrich Fichtner in Der Spiegel:

'That's the way things work in Austria these days. No one has any idea what is actually meant by things. Whether anything is meant at all and, if so, how it is meant. Are, for example, the far-right fraternities in the country, those so-called Burschenschaften that form such an important wing of the FPÖ party, just too lazy to delete the Nazi songs still slumbering in their songbooks? Or do they still sing them here and there out of conviction? How does Austrian society live with the suspicion that there are young people in its ranks who study law or medicine during the day and celebrate the gassing of the Jews with beer in the evening, as these fraternities have been known to do? How can a country stand the thought that people like that might now even be sitting in parliament, where 20 out of 51 members of the FPÖ belong to one of the country's Burschenschaften, and often one that leans strongly to the right?

It may sound a little over the top to say that Austria is teetering on the edge, a little hysterical to claim that the country and its capital city of Vienna are politically on the brink. But it's not totally wrong to do so either. It is certainly wrong to keep conjuring up a relapse into the 1930s, as some opponents of the new government are wont to do. But questions about whether Austria remains and still wants to be an open-minded, modern democracy are justified. Or whether authoritarian thinking will continue to infiltrate society. And the extent to which everyday Austrian life, in freedom and prosperity, is being spoiled by a willful, reactionary spirit.

We don't have the complete picture yet, but some remarkable puzzle pieces are already coming together. Austrian Vice Chancellor Heinz-Christian Strache, leader of the FPÖ, is a man whose "youthful sins" include spending copious leisure-time hours with criminal neo-Nazis. A man who, despite having long since reached adulthood, sends out narrow-minded, malicious, xenophobic postings and fake news to millions of people via Facebook every day, complete with fake caricatures, unsubstantiated allegations, deliberate deceptions and broadsides against lawyers and journalists alike.

Another FPÖ member, Herbert Kickl, was handed the Interior Ministry portfolio, a man who served as secretary-general of the party from 2005 to 2018 and is responsible for election advertising that included slogans like "Keep the West in Christian hands" or, even less sophisticated, "Islamization must be stopped."

As a minister, this man is now ordering raids on government agencies, claiming that "a restrictive asylum policy is a legitimate concern of the population," and insisting that an "infrastructure" must be created in Austria, "where we can succeed in keeping those who enter an asylum process appropriately concentrated in one place." Concentration camps? Not in so many words, perhaps. But was that what he really meant? Was that the message he was trying to send to the electorate?'

'Klenk, born in 1973, holds a doctorate in law and is famous in Austria as an investigative journalist. In the course of his reporting, he regularly uncovers dirt on the police, the judiciary and various other institutions. He recently brought to light a shocking scandal about Austrian peacekeeping troops. He's a man who knows his way around the country, even its less savory corners.

Klenk is, on the one hand, quite alarmed. Alarmed that the FPÖ is increasingly and brazenly encroaching on the democratic sphere and that things have become so debased that the interior minister can hire a writer from the extremist fake news platform Unzensuriert.at (uncensored.at) as his spokesman, without any consequences. He also believes that Kurz is the first Austrian chancellor to be a "right-wing populist with a friendly face," to emerge on the European political stage, one who could be in office for a long time to come.

But on the other hand, Klenk says, this government, or at least the coalition with the FPÖ, will fail because the ÖVP is putting pressure on its junior partner to enact policies that go against the interests of populists' own base. For example, legislation is being drafted that would go against the interests of the poor and vulnerable in society, against the sacrosanct social housing and workers' rights. "That will kill the FPÖ in the long term," Klenk says.'

I'm afraid that Mr. Klenk is too hopeful. Economy matters, but less than people think. The vulgar marxists, the ones who believe that neo-lliberalism produced populism, fascisme with a friendly fascism and totalitarianism, are one of the many enablers of the right.

Poland, Hungary, Italy, Austria, the US, and let's add Turkey to the list and Israel - after all Israel and Turkey may be in the Middle East they are for various reasons part of the West - are working very hard to become illiberal democracies.

Yes, also this will pass. But not very soon.