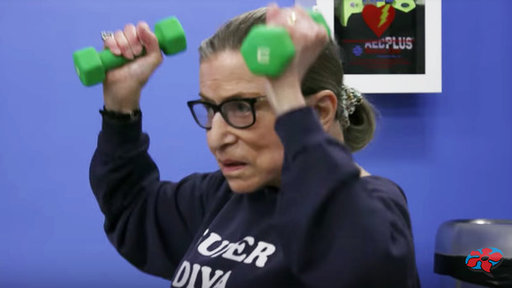 “Ruth Bader Ginsburg was the second woman appointed to the United States Supreme Court, but she’s probably the first justice to become a full-fledged pop-cultural phenomenon,” A.O. Scott wrote in a review of the documentary “RBG” by Betsy West and Julie Cohen. (Read the review here

A highly unlikely pop-cultural phenomenon, that is.

“RBG” is a bit too much of a hagiography, but especially in these times a person like Bader Ginsburg deserves a hagiographic documentary. (I was also smitten with her husband, tax lawyer Martin Ginsburg.)
Last night in Angelika about a dozen people were watching “RBG” – in the row behind me an elderly lady was now and then mumbling and even shouting in support of RBG.
And now I’m going to buy a Notorious RBG T-Shirt.