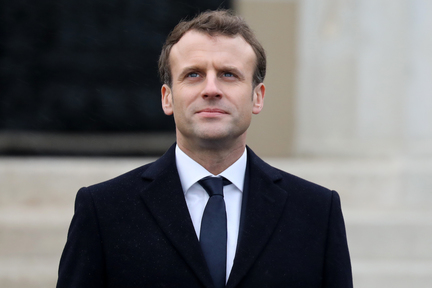 And now soccer, Simon Kuper in NYRB on nostalgia, repetition (no, Kierkegaard has not been mentioned), politics and awe:

'It’s often said that an imaginary golden age is typically located about twenty years in the past, too long ago to remember clearly, and a time when the person doing the remembering was young. Sunday’s final comes twenty years and three days after France’s “black, blanc, beur” (“black, white, Arab”) team thumped Brazil 3–0 in the 1998 final. It was a golden summer. The winning French team became a symbol of a united multiracial France that could also win. The soccer victory was going to melt away racial divides.

It didn’t happen. France has since been through two decades of economic stagnation, fading global power, terrorism, ethnic riots, and then the anxiety that the anti-immigrant politician Marine Le Pen would win last year’s presidential elections. This time, almost everyone understands that winning the World Cup won’t transform France.

But winning would be nice. If my children’s heroes—Antoine Griezmann, Paul Pogba, and nineteen-year-old Kylian Mbappé, perhaps the most talented teenager on earth—can overwhelm Croatia’s diminutive playmaker Luka Modrić, a man who can find the most precious of commodities on a soccer field, space, it would reaffirm that France is now in a happier moment. French voters in last year’s elections sidestepped the populist trap into which the US, the UK, and Italy have tumbled. The French economy is growing again. France hasn’t had a major terrorist attack since the deadly truck rampage in Nice, two years ago this Bastille Day. The spontaneous Parisian celebrations at the Place de la République and on the Champs-Elysées, with far less security than there would have been two years ago, show that the French are reclaiming their streets from the terrorists. Still, the country’s security forces must be fearful about Sunday night.

Emmanuel Macron, perhaps the luckiest of presidents given his improbable ascent, is populist enough to manipulate these shared experiences. When France’s favorite pop star, Johnny Hallyday, died last December and Paris stopped for his funeral, Macron told the crowds on the church steps: “You had to be there for Johnny, because from the start Johnny was there for you… He became an indispensable presence, a friend, a brother.” Sophie Pedder, in her new biography of Macron, Revolution Française, says the president hopes to provide the French “with moments of collective exaltation, of common feeling, that bring a nation together, in awe or in sorrow.” On Sunday, he will surely be in the presidential box at Moscow’s Luzhniki Stadium, beside his host, Vladimir Putin. If the Bleus win, then, twenty years from now, my French children will remember this as their golden summer.'

To me World Cups have always been linked to private events:

2002 Japan, South Korea, my fiancee Elayne who happened to be an octogenarian

2006 Germany, watching Portugal-The Netherlands in a hotel room in Moscow with Marieke

2010 South Africa, the illness of my mother

2014 Brazil, during the game Spain-The Netherlands my relationship ended, sort of