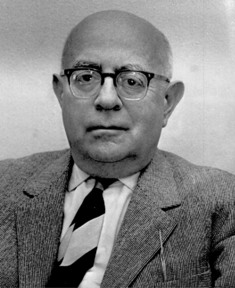 On psychology, seduction and Trump, a very important article by Eli Zaretsky in the London Review of Books:

'Since the Republican primaries of 2015-16, some people have turned to psychiatry in an effort to locate the irrational wellsprings of Trump’s victory, but so far little progress has been made. This is because most of the effort has gone into analysing Trump, who is often described as suffering from ‘narcissistic personality disorder’. Not only are such diagnoses, made from a distance, implausible; they also fail to address a more important question: the nature of Trump’s appeal. Constituting something close to a third of the electorate, his followers form an intensely loyal and, psychologically, tight-knit band. They are impervious to liberal or progressive criticisms of Trump or his policies. On the contrary, their loyalty thrives on anti-Trump arguments, and digs in deeper.
There is an older body of psychological thought, however, that illuminates the kind of tight bond Trump has forged with a significant minority of Americans. Inspired by Freud, this thought arose following the rise of fascism and Nazism in Europe, when Americans, too, had become wary of authoritarian elements in their society. Southern politics had been rife with race-baiting demagogues like Mississippi’s Theodore Bilbo since the 1890s, and the popularity of the pro-Mussolini radio priest, Father Coughlin, demonstrated the appeal of an authoritarian message to the immigrant North.'

'Adorno realised, however, that the model only applied in part to American demagogues. What distinguishes the demagogue in a democratic society, he argued in ‘Freudian Theory and the Pattern of Fascist Propaganda’ (1951), is the identification between the leader and his followers. The narcissism in question is not only Trump’s. More important is that of his followers, who idealise him as they once, in childhood, idealised themselves. Beyond that, the demagogue has a special appeal to wounded narcissism, to the feeling that one has failed to meet standards one has set for oneself.
The successful demagogue activates this feeling by possessing the typical qualities of the individuals who follow him, but in what Adorno, quoting Freud, called a ‘clearly marked and pure form’ that gives the impression ‘of greater force and of more freedom of libido.’ In Adorno’s words, ‘the superman has to resemble the follower and appear as his “enlargement”.’ The leader ‘completes’ the follower’s self-image. This helps explain the phenomenon of the ‘great little man’, the ‘Aw shucks’, ‘just folks’ demagogue like Huey Long. He ‘seems to be the enlargement of the subject’s own personality, a collective projection of himself, rather than an image of the father’ – a Trump, in other words, rather than a Washington or Roosevelt.
One might object that Trump, a billionaire TV star, does not resemble his followers. But this misses the powerful intimacy that he establishes with them, at rallies, on TV and on Twitter. Part of his malicious genius lies in his ability to forge a bond with people who are otherwise excluded from the world to which he belongs. Even as he cast Hillary Clinton as the tool of international finance, he said: I do deals – big deals – all the time. I know and work with all the toughest operators in the world of high-stakes global finance. These are hard-driving, vicious cut-throat financial killers, the kind of people who leave blood all over the boardroom table and fight to the bitter end to gain maximum advantage.
With these words he brought his followers into the boardroom with him and encouraged them to take part in a shared, cynical exposure of the soiled motives and practices that lie behind wealth. His role in the Birther movement, the prelude to his successful presidential campaign, was not only racist, but also showed that he was at home with the most ignorant, benighted, prejudiced people in America.'

The still populair belief that everything would have been different had only the Democrats been more social and less seduced by neoliberalism, oh dear had the Democrats only delivered I-phones to all voters in swing states and we would have had Hillary.
Not only is this highly paternalistic, alas democracy in practice is paternalism and a few other things, it's based on the false premise that the the voter is above all a homo economicus. No, Adorno is right, the demagogue has a special appeal to wounded narcissism. Wounded narcissism may go hand in hand with a wounded bankaccount but not necessarily so. Look around, enough wounded narcissism without wounded bank accounts.