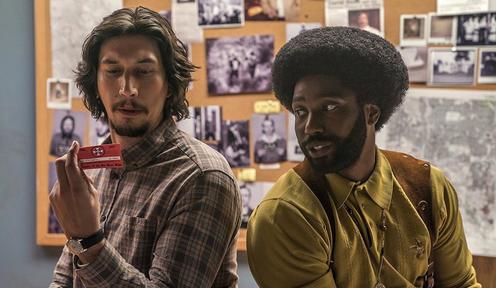 I saw Spike Lee's "BlacKkKlansman" in a fairly empty movie theater in Amsterdam.

Well done, highly enjoyable, and with a powerful and strangely enough comforting political message.
A.O Scott in the Times:

"As the movie reminds us — right at the end, when it makes a harrowing transition from re-enactment of the past to raw, present-tense video — we currently have a president whom David Duke likes very much."

Strangely enough "BlacKkKlansman" gives you the feeling that the Trump-era is already history, as if you were watching a World War II movie. You know that the Nazi's lost, well first they won, then they lost.
Or maybe this is just a defense mechanism, it's hard to believe that now it's your turn to pack your suitcases. A friend said: 'What's the next destination? Are there any destinations left?"