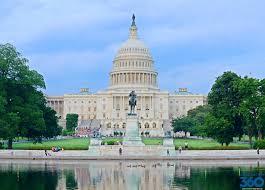 Zwi Bar'el on Maffia and politics:

'In Trump’s view, that would be too high a price to pay over the murder of a journalist. Trump jumped the gun and imposed sanctions on 17 Saudis who are suspected of having been involved in the killing, but he chose them carefully. For instance, the list includes Saud al-Qahtani, but not Ahmed al-Assiri, the deputy chief of Saudi intelligence. Al-Qahtani, according to the reports, took the incriminating phone call from Maher al-Mutreb, the leader of the hit team, and was asked to “tell the boss that the job has been done.” The boss is Mohammed bin Salman.
Ahmed al-Assiri had been the spokesman of the Saudi forces operating in Yemen and had been promoted by the crown prince to deputy chief of intelligence. Like Al-Qahtani, he was recently fired by Saudi King Salman.
Saudi Arabia, for its part, has arrested 21 suspects and has charged 17. The prosecution is demanding the death penalty for five of them, without naming which ones. This move, carried out before the CIA’s revelations, was designed to cushion and mitigate the international reaction, especially from the United States. But then came more revelations and tapes from Turkey, which didn’t actually reveal much but did add a dramatic dimension to the act of murder. Trump had to respond, and quickly.''

'Trump's donning of an Israeli flak jacket to deflect international criticism and coming to the defense of a key client of the American arms industry completes the definition of Israel’s role as the don’s consiglieri. Trump’s exit from the nuclear agreement, which rocked the world, was based on “the Israeli interest.” Recognizing Jerusalem as Israel’s capital and moving the U.S. Embassy there were also were based on the Israeli interest. Now the acquittal of the Saudi crown prince is owed to the Israeli interest. As usual, famiglia comes first.'

The don's consiglieri, yes very much so. But the Maffia has an honor code that's more respectable that the opportunism of these heads-of-state.