The man of the East 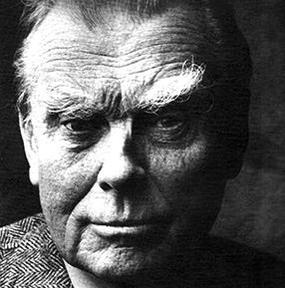 First the poem in the translation of Edward Hirsch.

My Lord, I loved strawberry jam
And the dark sweetness of a woman's body.
Also well-chilled vodka, herring in olive oil,
Scents, of cinnamon, of cloves.
So what kind of prophet am I? Why should the spirit
Have visited such a man? Many others
Were justly called, and trustworthy.
Who would have trusted me? For they saw
How I empty glasses, throw myself on food,
And glance greedily at the waitress's neck.
Flawed and aware of it. Desiring greatness,
Able to recognize greatness wherever it is,
And yet not quite, only in part, clairvoyant,
I knew what was left for smaller men like me :
A feast of brief hopes, a rally of the proud,
A tournament of hunchbacks, literature.

Then this text from he Cambridge History of American Literature (a friend alerted me to this text):
'His corruption, like his greatness, is presented in relation to that of others — the tournament of hunchbacks is right here: yes, he names his avarice bitingly, but what matters to him is not only the fact of his corruptibility but also that they, the justly chosen, saw it. The last line is stunning and harsh as a characterization of the literary life, yet, after this speech, plausible, maybe only just.
Milosz presents himself generally not simply as one who happened to be present at certain historical events; he has argued explicitly that the twentieth century deserves to be defined not in terms of scientific or technological achievement, or philosophical development, but rather in terms of the elevation of history to a new status. “In modern times,” he wrote, “the great metaphysical operation has been the attempt to invest history with meaning.” History, he said in 1953, “has taken the place of God in this century.” On the one hand, this elevation of history was the work of Marxists attempting to rationalize brutal oppression: sacrifices had to be made in the pursuit of revolution; the future justified them. This is Stalinist logic, which Milosz deplored. On the other hand, though, he agreed that the Stalinist priests of the New Faith understood their moment: the sanction of history is the highest authority a modern writer can invoke. No wonder that Milosz seeks just this.
In historiograhical terms, however, Milosz is a strict constructionist. History shows that people are capable of anything and everything. He rejects the revelationist or scientific (read: Stalinist) notion that history is “governed by unshakable and already known laws,” though this is the basis of the Marxist claim for the authority of historical proof. On the contrary, his claim to having witnessed momentous events expressed the sense that only one who has seen what was unimaginable in fact occur can understand the transience of governments and institutions. As a boy during WWI Milosz and his family lived in a covered wagon: history is entirely fluid, life is “ceaseless wandering.” Hist condescension to western, particularly American writers derived from the belief that those who have not witnessed the destruction of their homes and the dissolution of their governments cannot know what life has to offer. “The man of the East cannot take Americans seriously,” Milosz wrote bluntly, in a book addressed to an American audience, “because they have never undergone the experiences that teach men how relative their judgments and thinking habits are.” With no sense of history, they naively think their institutions and environment immutable. "'

I would say that this is the mindset in most Europa nowadays. Even the angry citizens and protest movements are not really revolutionairy, the angry ones believe very much that the institutions and the environment are immutable. They play with fire because they trust the firemen.