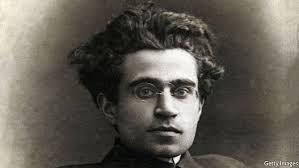 'These journalists have had trouble imagining that there might be a third force on the right that is not represented by either the establishment parties or the xenophobic populists. This narrowness of vision has made it difficult for even seasoned observers to understand the supporters of La Manif, who mobilized around what Americans call social issues and feel they have no real political home today. The Republicans have no governing ideology apart from globalist economics and worship of the state, and in keeping with their Gaullist secular heritage have traditionally treated moral and religious issues as strictly personal, at least until Fillon’s anomalous candidacy. The National Front is nearly as secular and even less ideologically coherent, having served more as a refuge for history’s detritus—Vichy collaborators, resentful pieds noirs driven out of Algeria, Joan of Arc romantics, Jew- and Muslim-haters, skinheads—than as a party with a positive program for France’s future. A mayor once close to it now aptly calls it the “Dien Bien Phu right.”

The other reason La Manif might continue to matter is that it proved to be a consciousness-raising experience for a group of sharp young intellectuals, mainly Catholic conservatives, who see themselves as the avant-garde of this third force. In the last five years they have become a media presence, writing in newspapers like Le Figaro and newsweeklies like Le Point and Valeurs actuelles (Contemporary Values), founding new magazines and websites (Limite, L’Incorrect), publishing books, and making regular television appearances. People are paying attention, and a sound, impartial book on them has just appeared.3

Whether anything politically significant will come out of this activity is difficult to know, given that intellectual fashions in France change about as quickly as the plat du jour. This past summer I spent some time reading and meeting these young writers in Paris and discovered more of an ecosystem than a cohesive, disciplined movement. Still, it was striking how serious they are and how they differ from American conservatives. They share two convictions: that a robust conservatism is the only coherent alternative to what they call the neoliberal cosmopolitanism of our time, and that resources for such a conservatism can be found on both sides of the traditional left–right divide. More surprising still, they are all fans of Bernie Sanders.

That mélange may sound odd to our ears, but it is far more consistent than the positions of contemporary American conservatives. Continental conservatism going back to the nineteenth century has always rested on an organic conception of society. It sees Europe as a single Christian civilization composed of different nations with distinct languages and customs. These nations are composed of families, which are organisms, too, with differing but complementary roles and duties for mothers, fathers, and children. On this view, the fundamental task of society is to transmit knowledge, morality, and culture to future generations, perpetuating the life of the civilizational organism. It is not to serve an agglomeration of autonomous individuals bearing rights.

Most of these young French conservatives’ arguments presume this organic conception. Why do they consider the European Union a danger? Because it rejects the cultural-religious foundation of Europe and tries to found it instead on the economic self-interest of individuals. To make matters worse, they suggest, the EU has encouraged the immigration of people from a different and incompatible civilization (Islam), stretching old bonds even further. Then, rather than fostering self-determination and a healthy diversity among nations, the EU has been conducting a slow coup d’état in the name of economic efficiency and homogenization, centralizing power in Brussels. Finally, in putting pressure on countries to conform to onerous fiscal policies that only benefit the rich, the EU has prevented them from taking care of their most vulnerable citizens and maintaining social solidarity. Now, in their view, the family must fend for itself in an economic world without borders, in a culture that willfully ignores its needs. Unlike their American counterparts, who celebrate the economic forces that most put “the family” they idealize under strain, the young French conservatives apply their organic vision to the economy as well, arguing that it must be subordinate to social needs.'

'Whatever one thinks of these conservative ideas about society and the economy, they form a coherent worldview. The same cannot really be said about the establishment left and right in Europe today. The left opposes the uncontrolled fluidity of the global economy and wants to rein it in on behalf of workers, while it celebrates immigration, multiculturalism, and fluid gender roles that large numbers of workers reject. The establishment right reverses those positions, denouncing the free circulation of people for destabilizing society, while promoting the free circulation of capital, which does exactly that. These French conservatives criticize uncontrolled fluidity in both its neoliberal and cosmopolitan forms.

But what exactly do they propose instead? Like Marxists in the past who were vague about what communism would actually entail, they seem less concerned with defining the order they have in mind than with working to establish it. Though they are only a small group with no popular following, they are already asking themselves grand strategic questions. (The point of little magazines is to think big in them.) Could one restore organic connections between individuals and families, families and nations, nations and civilization? If so, how? Through direct political action? By seeking political power directly? Or by finding a way to slowly transform Western culture from within, as a prelude to establishing a new politics? Most of these writers think they need to change minds first. That is why they can’t seem to get through an article, or even a meal, without mentioning Antonio Gramsci.

Gramsci, one of the founders of the Italian Communist Party, died in 1937 after a long imprisonment in Mussolini’s jails, and left behind mounds of notebooks with fertile thoughts on politics and culture. He is best remembered today for the concept of “cultural hegemony”—the idea that capitalism is not only sustained by the relation of forces of production, as Marx thought, but also by cultural assumptions that serve as enablers, weakening the will to resist. His experience with Italian workers convinced him that unless they were freed from Catholic beliefs about sin, fate, and authority, they would never rise up and make revolution. That necessitated a new class of engaged intellectuals who would work as a counter-hegemonic force to undermine the dominant culture and to shape an alternative one that the working class could migrate to.'

Read the article in NYRB here.

There is something reassuring that once again people believe that a small group of thinkers will mobilize the masses in order to change the system from within. It's hard to invoke revolution after all, a few decades after the miserable failure of the German RAF (avant-garde as well) and their brethren in other countries, notably Italy.

But this combination of leftwing and rightwing idealism topped with sentimentalism that borrows heavily on catholicism (there's an immense need for saints nowadays) can be seen almost everywhere in the Western world.

Schumpeter predicted already that the children of the bourgeois will kill capitalism.

I would like to add, the failure of capitalism to produce believable saints might be its biggest failure.