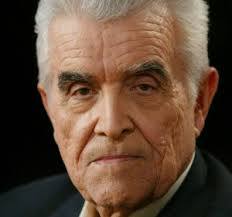 'Violence and the Sacred deals almost exclusively with archaic religion. Its argument is more hypothetical and abstract, more remote and less intuitive, than what Girard put forward in Deceit, Desire, and the Novel. The same can be said for the main claims of his next major book, Things Hidden Since the Foundation of the World (1978; the title comes from Matthew 13:35). There he argued that the Hebrew Scriptures and the Christian Gospels expose the “scandal” of the violent foundations of archaic religions. By revealing the inherent innocence of the victim—Jesus—as well as the inherent guilt of those who persecute and put him to death, “Christianity truly demystifies religion because it points out the error on which archaic religion is based.”*

Girard’s anthropological interpretation of Christianity in Things Hidden is as original as it is unorthodox. It views the Crucifixion as a revelation in the profane sense, namely a bringing to light of the arbitrary nature of the scapegoat mechanism that underlies sacrificial religions. After publishing Things Hidden, Girard gained a devoted following among various Christian scholars, some of whom lobbied him hard to open his theory to a more traditional theological interpretation of the Cross as the crux of man’s deliverance from sin. Girard eventually (and somewhat reluctantly) made room for a redemptive understanding of the Crucifixion, yet in principle his theory posits only its revelatory, demystifying, and scandalous aspect.'

'Some of Girard’s most acute ideas come from his psychology of accusation. He championed legal systems that protect the rights of the accused because he believed that impassioned accusation, especially when it gains momentum by wrapping itself in the mantle of indignation, has a potential for mimetic diffusion that disregards any considered distinction between guilt and innocence. The word “Satan” in Hebrew means “adversary” or “accuser,” and Girard insisted in his later work that there is a distinctly satanic element at work in the zeal for accusation and prosecution.'

Reading Girard, almost twenty years ago, was a revelation to me.

What Girard has to say here about the satanic element in the zeal of accusation is extremely important.

And although there is also plenty of madness to be found The New Testament, the protection of the accused is a cornerstone of christianity.