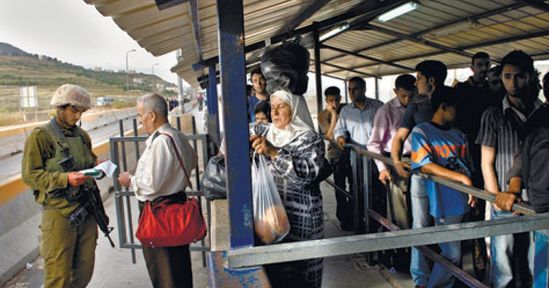 Adam Shatz in LRB on Israel, the Jewish question and tragedies in the making:

"I used to call myself a non-Zionist, rather than an anti-Zionist: the latter term seemed to traduce the origins of Zionism, which arose as a response to the existential threat to Jewish life in Europe. ‘Anti-Zionism’ overlooked the richness of the debates within early Zionism. The ‘cultural Zionist’ Ahad Ha’am, for example, supported the creation of a Jewish homeland in Palestine, but not a Jewish state, and castigated ‘territorial’ Zionists for imagining that ‘Palestine is a land almost entirely deserted, an uncultivated desert,’ and that ‘the Arabs are desert savages, a people like donkeys, incapable of seeing and understanding what is happening around them. This is a great mistake.’ One of the founders of bi-nationalism – what’s now envisaged as a single state, accommodating both people’s national aspirations – Ha’am considered himself a Zionist. So did the journalist and activist Uri Avnery, one of the fiercest critics of Israel’s wars and occupation, who died last year, aged 94. But these ‘Zionists’ do not represent actually existing Zionism.

In 1948, Hannah Arendt, whose critique of territorial Zionism owed much to Ha’am, warned that after the Arab-Israeli war:

the ‘victorious’ Jews would live surrounded by a hostile Arab population, secluded inside ever-threatened borders, preoccupied by matters of defence to a degree that would submerge all other interests and activities . . . political thought would centre on military strategy; economic development would be determined exclusively by the needs of war. And all this would be the fate of a nation that – no matter how many immigrants it could still absorb and how far it extended its boundaries . . . – would still remain a very small people greatly outnumbered by hostile neighbours.

Arendt’s prediction was in large part borne out. More remarkable still, few Israelis – or their supporters abroad, among Jews and Evangelicals – fret over this ‘fate’. Arendt’s warning that an expansionist Israel would never realise the dream of Herzl and the founders, and become a ‘normal’ state, has lost its charge because its abnormality is the new normal. Israel now looks more like a pioneer of illiberal, ethnocratic nationalism, a model for the likes of Orbán, Modi and Trump.

Today Israelis see no need to conceal, much less extenuate themselves for, their country’s militarism or racism. In the 1960s and 1970s, Western tourists went to Israel to take part in collective farming on kibbutzim. Police officers and soldiers now go to learn new methods of collective punishment and surveillance. For Europe’s greatest internal victims to have refined the repression of another people into a science is now regarded as an advantage rather than an embarrassing secret, or indeed a tragedy. And with Trump’s help, Zionism’s id has been emancipated from its superego. The Nation-State Law, the American Embassy’s move to Jerusalem, the US president’s recognition of Israeli sovereignty over the Golan Heights, a possible annexation of large swathes of the West Bank: all these mark an intensification of what Meron Benvenisti called the ‘Judaisation’ of Israel-Palestine, at the expense of its indigenous inhabitants. Even hummus, tabbouleh, and za‘atar are now proclaimed as ‘Israeli’ specialities."

"The recent attacks on Jews in Europe, the Bannonist discourse about Soros and other sinister agents of globalisation, the neo-Nazi chants in Charlottesville of ‘Jews will not replace us’: all are signs that ‘the Jewish question’, in spite of the integration of Jews in the West, has yet to be resolved. As Aimé Césaire told Frantz Fanon, ‘when you hear someone insulting the Jews, pay attention, he is talking about you.’ Anti-Semitism in the US is of no structural significance: it does not prejudice Jewish opportunity, as racism does for black people; Judaism is not invoked by the state, as Islam is, to prevent people from entering the country or to justify the racial profiling and surveillance of American citizens. But it can flare up with fatal consequences, such as the massacre at the Tree of Life synagogue last year in Pittsburgh. Trump, who said there were ‘very fine people’ among the neo-Nazis in Charlottesville, isn’t too troubled by those deadly forms of anti-Semitism. But he has already begun to smear the Democratic Party as anti-Semitic, and Ilhan Omar as a jihadist, in what is surely a premonition of his strategy in the 2020 election."

"For politicians such as Omar and Rashida Tlaib, a Palestinian congresswoman from Detroit, and for black activists and thinkers such as Michelle Alexander and Angela Davis, Palestine is, above all, a matter of racial justice. The process of reframing this question is likely to be messy and uncomfortable, not least for Jews accustomed to leading the discussion. It also suggests a very American vision of Israel/Palestine, with the West Bank reimagined as Selma, a site of oppression where struggle and redemption are waiting in the wings. But this is no more of an illusion than the vision of Israel it challenges, ‘the Middle East’s only democracy’, and it aims to end, rather than uphold, a system of oppression. Now that the conversation has started, it will be hard to stop."

The status quo is unsustainable, not because of what's happening in the Middle-East, but because what's happening in the US. Change will come to the Middle-East from the streets of American cities? It's very well possible, but I remain doubtful. How much does Israel still need Jewry in the diaspora? The answer of Netanyahu and his supporters basically is: we can miss them like toothache.
Yes, Israel can become a true pariah, but a pariah among pariahs in the Middle East and elsewhere, not a very lonesome pariah.