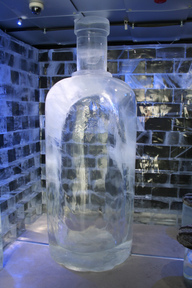 An acquaintance of mine, Adam Korn, threw a party, because he was changing jobs.
The party was going to be at a bar called Sweet and Vicious at 5 Spring Street.
I arrived around 11 pm.
On the invitation Mr. Korn had written: “Don’t be shy.” A bouncer stopped me from entering the bar. “ID,” he whispered.
It’s a long time ago somebody asked me for an ID.
“I don’t have an ID on me,” I answered, “but I’m here for Mr. Korn.” To my surprise the bouncer let me in. As far as bars go on a Saturday night Sweet and Vicious seemed to be more or less civilized. 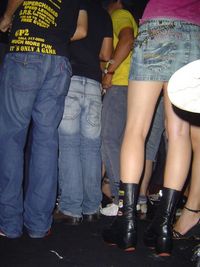 Mr.Korn was not present, but I didn’t want to leave right away. So I sat down at the bar, ordered a vodka straight up and sent a text message to Mr. Korn: “Where are you? Where’s the party?” Around that time a young, blond lady started rubbing my right leg with her left leg. Very softly indeed.
I’m not sure if this rubbing was born out of necessity, the room was rather packed, or if there was a secret meaning attached to the act of rubbing.
Of course I could have asked, but I decided to enjoy the rubbing without talking.
Mr. Korn replied to my text message with the words: “I’m here.” But unless he had disguised himself he was not there.
The rubbing got more intense. I ordered a second vodka.
Around 12:30 am I overheard the young lady, who could be considered a master of leg rubbing, saying to her female friend: “He’s definitely not straight.” Shortly after that she left.
I finished my vodka and decided to go home as well.
Apparently there is no room anymore for heterosexuals who like to enjoy leg rubbing in silence.