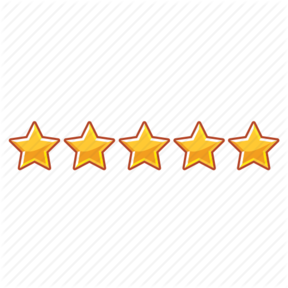 On stars, customer reviews and expectations, Joanne Chen in NYT:

'Finally, it’s hard to know what the stars even mean. Often times, whether it’s a mattress or can opener or an Uber driver, a five-star rating means “nothing disastrous happened,” said Nikhil Garg, a doctoral candidate at Stanford University. A recent study he co-wrote reported that 80 percent of people gave freelancers hired from an online platform five stars. But when he asked people to choose from different words (“terrible,” “mediocre,” “best possible,” etc.), at least half of the freelancers earned the equivalent of a two-, three- or four-star review.

In the case of hotels, said Dr. Cotte, five stars typically means “everything is what I expected.” I’m assuming this is how the Hampton Inn averaged a five-star rating on my recent search for a hotel in Maine, compared to several luxury resorts that rated only a four.'

Yes, five stars means everything is what I expected. No disasters happened. If you are looking for more than you expect don't trust the reviewer.