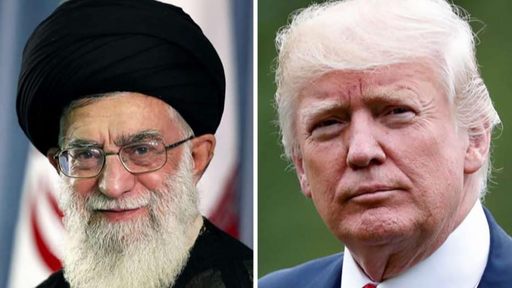 On Trump, Iran, Netanyahu, an American colony and more, Amos Harel in Haaretz:

'Just as happened six years ago with Barack Obama, whom he so reviles, Donald Trump made a breathtaking U-turn this past week. In 2013, Obama was about to order heavy airstrikes on targets tied to the Assad regime in Syria, after the U.S. president received convincing intelligence that the regime had killed civilians using chemical weapons.

When Obama discovered that he was alone in his plans, unable to win support in Congress or from the British parliament, he halted preparations for the attack. In Obama’s final three years in office, his Republican opponents berated him repeatedly over the incident, which was portrayed as reliable proof that he was weak.

On Thursday night, his successor in the Oval Office did more or less the same thing. According to The New York Times – and most of the details were basically confirmed by Trump in a television interview – U.S. planes were on alert to strike Iran in retaliation for the downing of an American drone a day earlier.

Trump said he had approved the attack but at the last moment asked his generals what the price would be in Iranian dead. When they told him that the number could be as high as 150, he called it off and said it wouldn’t have been a “proportionate” response. Who’d have thought he’d be so sensitive to the number of victims in an adversary country?

But Trump was right. Mass killing in response to an incident involving an unmanned drone, as he awkwardly described it, would have been disproportionate indeed. And even if Trump didn’t describe the circumstances of the decision with precision and use arguments he never needed in the past, one consideration is consistent in his administration’s policies over the past two and a half years.

Trump is a proponent of projecting U.S. power, but he prefers to do this in the economic realm. He doesn’t relish going to war, and in general there’s considerable disparity between his aggressive rhetoric and the military action that he signs off on.

Also, from a strategic standpoint, it’s not worth it for the United States to get dragged into a war with the Iranians over local incidents initiated by the other side. Washington’s steps since withdrawing from the Iranian nuclear deal in May 2018 have been aimed at upping the economic pressure on Tehran to force it to reconsider its moves and maybe make it renegotiate the terms of the nuclear agreement.'

Aggrssive rhetoric but no military action. Concentration camps for refugees coming from Mexico, yes, bombing Iran, no.
I'm doubtful whether Trump really cared about 150 dead Iranians. Probably he feels intuitively that a war against Iran threatens his own survival, as the war against Iraq didn't do much for George W. He got reelected, yes, but that's about it.

The powers that be in the US rightly perceive a war against Iran as a strategic mistake.