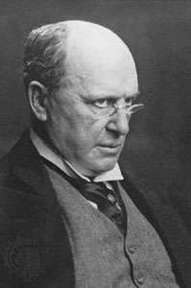 A friend asked me what my thoughts were about this essay on the writer as house guest by Jessica Francis Kane in NYT Book Review:

'Henry James, too, while an expatriate writer in Europe making only a modest living from his writing, gained access to a range of social circles by being an intrepid houseguest. He once admitted that his best story ideas came from dinner table gossip. An inveterate eavesdropper, he insisted that he was mindful to listen just enough to leave room for invention. Whether his hosts always found his presence equally advantageous is unclear.

Samuel Taylor Coleridge also thrived as a guest. He lived with the Wordsworths for weeks at a time, often working or talking with his hosts into the night. The arrangement was a productive one for all of them, but Wordsworth later described Coleridge to a mutual friend as “an absolute nuisance” who “was rotting out his entrails by intemperance.” When not dosing himself with laudanum, Coleridge drank gin, and often woke screaming in the night, terrifying Wordsworth’s family.'

The writer is the quintessential house guest. Who doesn't want to be spied upon? The writer is more benign than Google, more intelligent than your secret service, more humorous than your therapist.

Invite me, and I'll be your house guest.