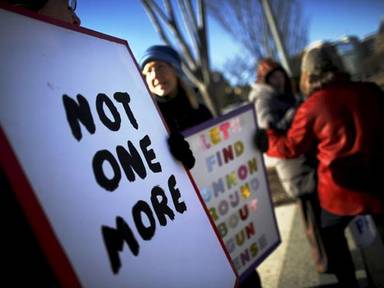 'The weariness that rose up inside me in the aftermath was, in large measure, for my two children. Even three generations removed from the immigrant experience, I wondered whether they’d ever feel a sense of belonging in this country. I happen to be currently reading Ocean Vuong’s extraordinary semi-autobiographical new novel, “On Earth We’re Briefly Gorgeous.” The story of the book’s narrator, Little Dog, closely aligns with that of Vuong, who was born in Vietnam, came to this country as an adolescent, and couldn’t speak English when he started school in Hartford. In Vuong’s novel, Little Dog experiences a harrowing incident on the school bus, when he finds his face suddenly shoved against the window by a jowly boy, who admonishes him to “speak English.” Slaps from the boy and others rain down on him before they get distracted and lose interest. “He was only nine but had mastered the dialect of damaged American fathers,” Vuong writes, of the aggressor. As Trump stokes the racial fears of the millions of white Americans who are uneasy about the demographic changes unfolding in this country, it is that dialect he is championing.'

It's not only Trump and certain 'damaged American fathers', it's all the populists or rightwing-extremists, whatever you want to call them, in Europe, from Belgium to the UK, from the Netherlands to Italy, from France to Germany. Wherever you look: the horde wants to send people back to their own country. Or let them drown. Whatever is more practical.